More information about the I Stand for Equal Relationships campaign

For the third year running, the I Stand for Equal Relationships campaign will be dedicating the month of October to raising awareness. Organized as a participatory online campaign and focused on outreach through social media, its goal is to promote equal relationships between all people, regardless of age, sexual identity, sexual orientation, ethnic origin, or religion.Standing for equal relationships means advocating for a healthy relationship within couples; it means promoting equality between family members, between friends and colleagues, and between everyone in our communities; and it means opposing violence in all its forms.Because we believe equal relationships concern us all, we invite you to join our movement and say loud and clear, I Stand for Equal Relationships.

What are the organizations behind this campaign?

White Ribbon is the world’s largest movement of men and boys working to end violence against women and girls, promote gender equity, healthy relationships and a new vision of masculinity. Since its inception in Toronto in 1991, The White Ribbon Campaign has spread to over 60 countries around the world. White Ribbon asks men to wear white ribbons as a sign of their pledge to never commit, condone or remain silent about violence against women and girls.We work to examine the root causes of gender-based violence and create a cultural shift that helps bring us to a future without violence. Our vision is for a masculinity that embodies the best qualities of being human. We believe that men are part of the solution and part of a future that is safe and equitable for all people. 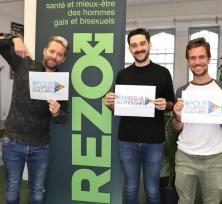 REZO’s mission is to develop and deliver education and prevention activities about HIV-AIDS and other STIs for the purpose of promoting sexual, mental, physical, and social health among Montreal men who are gay, bisexual, cisgender and transgender, along with other men who have sex with men. Its activities try to reach as many men as possible within our communities, notably through outreach in various social contexts. Its website and online campaigns reach out to gay and bisexual men, both cisgender and transgender, throughout Quebec. Also, RÉZO is presently developing an intervention expertise regarding violence in intimate and romantic relationships between men through a project called VRAIH (Violence dans les relations amoureuses et intimes entre hommes). 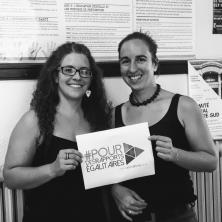 The QLN - For the social and political visibility of sexually diverse brings together women from the entire sexual diversity spectrum (women who identify as lesbian, queer, bisexual, trans, pansexual, sexually fluid, radical, political and feminist lesbians, etc.). It represents women from all regions of Quebec, of all ages, social classes, cultural and linguistic communities, with different political views and with various physical and intellectual capacities. The QLN acts as a spokesperson and interlocutor with decision makers, both political and social, relating to the quality and living conditions of lesbians, women from the whole sexual diversity spectrum, and their communities. The QLN is a gathering place of political and cultural activism, analysis, reflection, discussion, popular education and training. It is a place of openness, inclusion and respect. 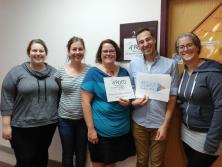 The Regroupement des organismes ESPACE du Québec (ROEQ), through its ESPACE programs, its public interventions, and its partnerships, seeks to give children the means to protect themselves from all forms of aggression. It also works to make adults more aware of the role they play in preventing these forms of violence and provides them with the necessary tools to offer support. The prevention of violence against children, in all its forms, is its sole purpose. The ROEQ strengthens ESPACE organizations throughout Quebec and supports their actions so that more and more children will be able to grow up without violence. 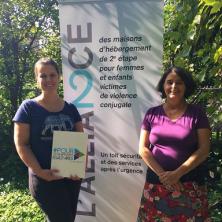 In a spirit of cooperation, L'Alliance des maisons d'hébergement de 2e étape pour femmes et enfants victimes de violence conjugale brings together and advocates for second-stage shelters in Quebec that offer women, with or without children, specialized services in domestic violence post-separation through transitional safe housing. A second-stage shelter (also known as a transition house), is a temporary mid-term, confidential, secure and affordable housing with a range of specialized services related to domestic violence post-separation. Women who usually have a first stay in an emergency shelter, go through a process of devictimization, empowerment and social reintegration that spans a period of approximately one year.

à cœur d'homme - Réseau d'aide aux hommes pour une société sans violence is an association composed of 30 distinct community organizations, located throughout Quebec, that support men who are struggling with violent behaviour, whether domestic or conjugal.  Our association exists to help prevent domestic violence and to support the transformation of society through on egalitarian relationships that preclude violence. Our association and our partner organizations work in concert to support collective well-being through actions that focus on respect, equality, and non-violence.

Questions or comments? Interested in sharing your initiatives, photos, or texts #ForEgalitarianRelationships? Write to us at: acoeurdhomme@videotron.ca

Back to Main Page

I Stand for Equal Relationships is presented in collaboration with the following partners: 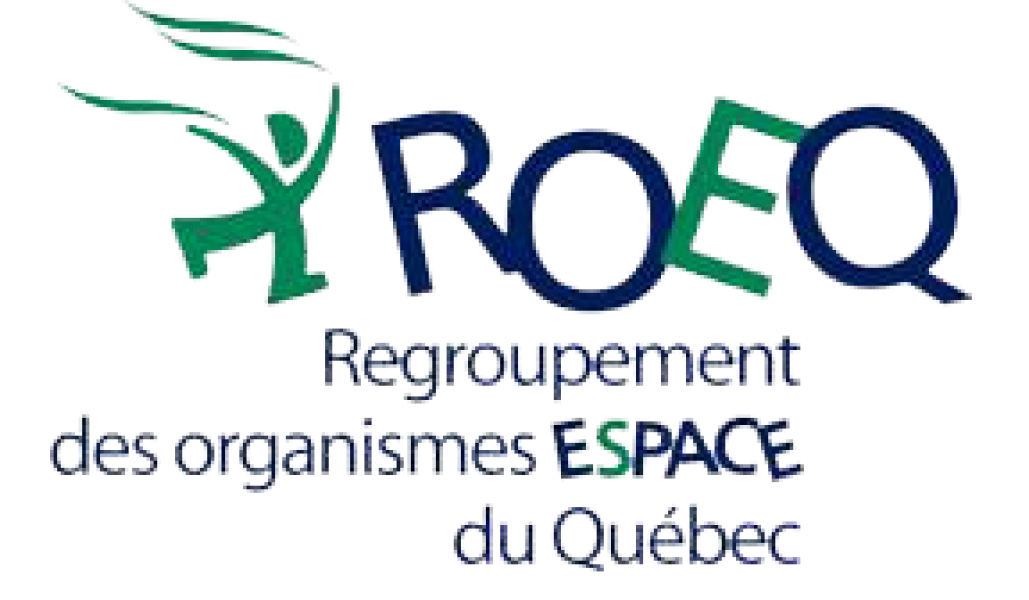 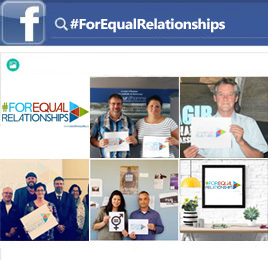 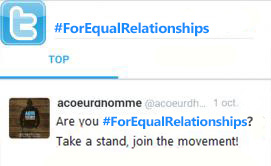